well just days before the deadline i managed to finish not one, but two quilties for dqs7. i have no idea which i will send to my partner. i am hoping she will see these here or on flickr and make a comment. i made square squared first, but when i had to take off the final border i just didnt feel like finishing it at the time. then i had the idea for this.... 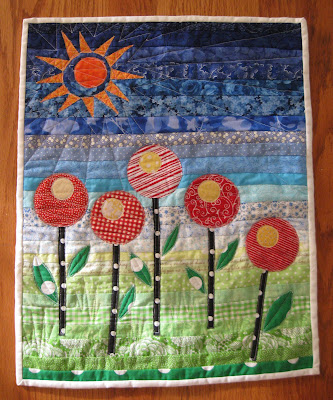 it started off with just an idea for some simple flowers appliqued on top of a strip pieced sky and grass. this was my first attempt at raw edge applique and "thread painting". i adhered the appliques with steam a seam and then "drew" around everything with my machine. i stink at free motion quilting, so i actually had my regular foot on for this. i didnt think it would work but it did!! i am so excited that this turned out so nicely, that i am having a hard time with the thought of letting it go. 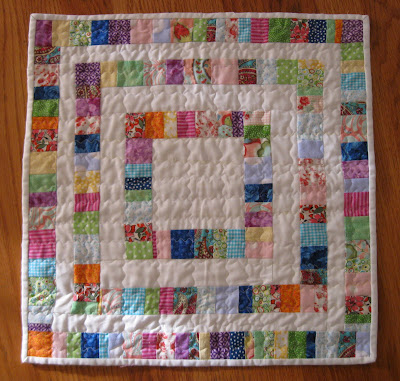 i just did a wiggly type of quilting on the square one. its actually a stitch on my machine that i hadnt tried. i remembered my niece, beth, had used the stitch for something and i had thought it cute at the time. if you had the choice, which would you chose, and why? 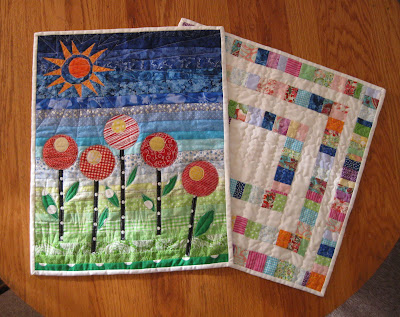 My Old Blog, what exactly am i looking at? 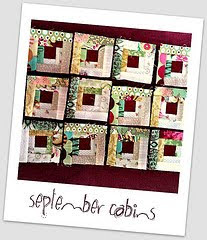 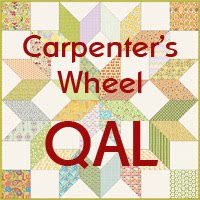